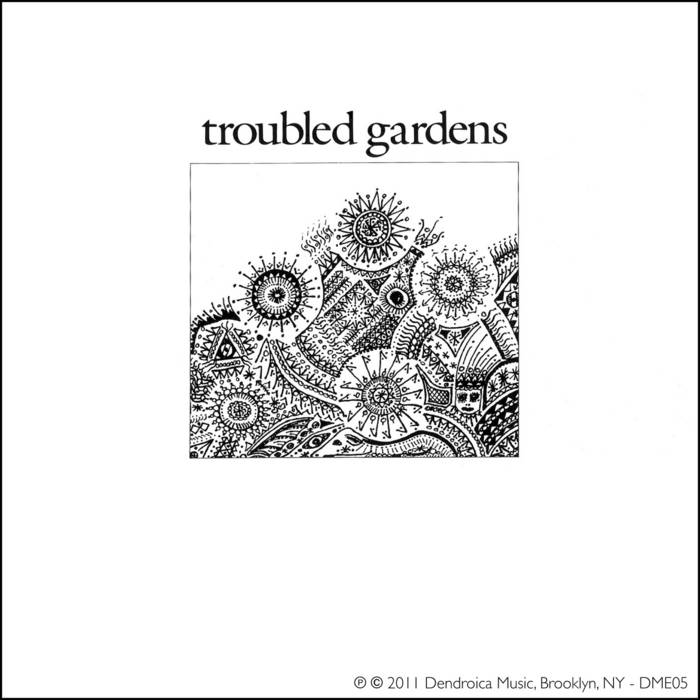 Originally released in 1985 by Fountain of Youth Records, Eden Revisited was the only release by the short-lived DC-based trio Troubled Gardens. Active from 1984 to 1985, the band was originally formed by Dan Joseph (guitar, synthesizer and drum machine programming), Eric Anderson (bass) and Colin Sears (vocals and synthesizer). Sears would leave the band before their first public performance, although he would appear on an early version of Silent City (then titled Autumn Haunts Us) that was included on The Halloween Cassette compilation released by WGNS Recordings (1984). Joseph and Anderson continued to develop instrumental material for some months and were eventually joined by drummer Don Zinzell, completing the lineup of record. The band performed a number of concerts in the Washington, DC area sharing billings with such bands as Gray Matter, Madhouse, Rude Buddha, Grey March and Glorious Din eventually recording these six tracks in May of 1985.

While Troubled Gardens was ostensibly an instrumental band, guest vocalists would occasionally join them in performance on one or more songs. For the Eden Revisited sessions the band invited several vocalists – Joe Aronstamn and Marc Lambiotte of Grand Mal, Zach Fuller of Scythian, and the DC scenester known simply as "James" – to prepare lyrics for specific tracks. Their efforts are heard on three of the album's six tracks.

Troubled Gardens abruptly disbanded in the fall of '85 as two thirds of the band left town to attend college.